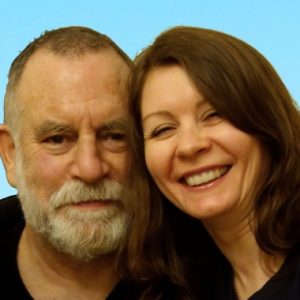 RICHARD
Richard is a psychologist and trainer.

– Group leader during the GC Certification course in St. Petersburg 2016-17

– In the 1990s brought NLP and Ericksonian hypnosis to more than 30 cities throughout Russia, at a time when there wasn’t much access to contemporary psychology

– In 1994 brought Family Therapy to Russia

“Generative Change is simply the most elegant model I have ever encountered. Elegant in the sense of being aesthetically pleasing and simple while containing everything necessary.

Living in Santa Cruz, I was fortunate enough to begin my journey with the NLP model, learning directly from John Grinder. Fortunate because the Art of Communication and Influence are an essential part of any successful life.

And even more important to me, as a psychological consultant – the Generative Change model is a much more useful and powerful tool for helping clients. It’s all about connections; it is an explicit and rigorous map for connecting the mind and body and for connecting to positive goals and resources. And it really works.

My wife and I are deeply honored to support Stephen Gilligan and Robert Dilts. At this moment in Russia, everything hangs in the balance. People come to Stephen and Robert’s trainings from all over the former Soviet Union to breathe fresh air and glimpse the future. And, like widening ripples from a stone thrown into a pond, the Generative Change Model is profoundly influencing a new generation of Russian-speaking educators, psychologists, and business people. Let there be light!”

OKSANA
Oksana is a psychologist and trainer

– Group leader during the GC Certification course in St. Petersburg 2016-17

– Assistant on IAGC trainings in Russia

– Educated as a physicist and economist

– Director of the Institute of Family Consulting

– Developed her own body-oriented and dance-movement trainings, including “Mind and Body: a Generative Synthesis”

In her own words:

“I began studying Generative Change in 2010 – and every year this wonderful model of mind and nature illuminates more of my world.

Generative Change is not an academic model; to learn this approach, you have to practice every day. Memorizing the steps to “Opening the Vertical Channel,” for example, is not sufficient. You have to learn to actually open the vertical channel.

I know this because I practice every day – and Generative Change flourishes in my life.

It is awesome to me that you can literally choose the state in which you want to live.

That’s something they never taught me in school, although it is one of the most important skills in life. Thank you, Stephen and Robert, from my heart.

Generative change is a very human approach – and humanizing what (and whom) we used to curse is one of the prerequisites for transforming obstacles and living generatively.

And as we learn to build human relationships with ourselves and with others, we bring light into a world dark with fundamentalism and neuro-muscular lock.

I am deeply honored to represent the IAGC in Russia and nurture the growth of Generative Change in the Russian-speaking community.”