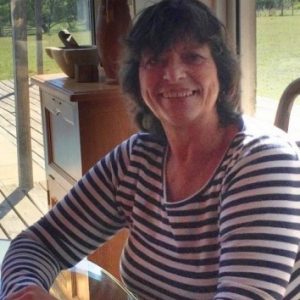 Graduate in Humanistic Psychology
Founder of the Institute of Psychology and Sociotherapy, IPSSO 1992

Director of IPSSO, Institute of Psychology and Sociotherapy, 1992 to date
NLP Trainer, 1996 to date
Teacher in charge of the Seminars of NLP for Education, 1997 to date
Coordinator of the Seminars LEHAME, (The Company towards maximum excellence)
1997 to date
Since 1996 has conducted NLP trainings at IPSSO:
NLP Practitioner, NLP Master Practitioner, Coaching with NLP and
Trainer’s training.

In 1997, she created “Despertares” (Awakenings), the First NLP Center for
Children in Uruguay, aiming to connect children with the maximum of their
resources and and also to train parents and teachers to support them in the process.
She starts writing NLP books for children, “El Caldero Mágico”, NLP, children and growing up. (IPSSO 1998), “El Caldero Mágico y su Baúl de Juegos” (IPSSO, 2008) and “Pipo Nariz Larga” (Series of children’s stories, IPSSO 2011)
“El Caldero Renews its Magic” (in preparation) . In this last book she works adapting the ideas of generative coaching and generative trance for children.

Other publications: “Importance of Sexual Education in the Prevention of Personality
and Sexuality” (4th National Convention on Sexology, 1993), “Manual of Training in
Neurolinguistic Programming” (IPSSO, 1999), “NLP as an auxiliary Psychologist
“(Spanish and English version XXVII International Congress of Psychology, Caracas,
Venezuela, 1999),

Membership:
American Board of NLP, since 1996